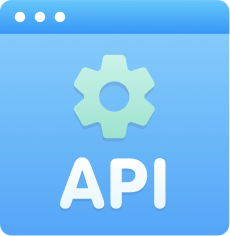 Easily link your Kavkom account to your HubSpot CRM. Enjoy all call tracking and alert features with this integration.

HubSpot is an American B2B company that develops and markets software for inbound marketing, sales and customer service. HubSpot was founded by Brian Halligan and Dharmesh Shah in 2006.

How to add it

To add an integration, go to your Kavkom interface: https://app.kavkom.com/. Then click on the cog wheel at the bottom left.

You then go to the last tab on right “Integrations”.

After clicking “Install”, you must now log in with your HubSpot Super Admin.

Now the HubSpot super admin is logged into the Kavkom app, which is installed. Now we need to map the users.

The list of all HubSpot users appears as you can see below.

Click on the “edit” button to assign a HubSpot user to a Kavkom user then save.

All users who will be mapped between Kavkom and HubSpot will be able to use Kavkom integration in their HubSpot space.

Received/outgoing calls will be listed in HubSpot’s calls menu from the Kavkom domain.

Calls received/sent from the Kavkom domain will post a call activity on the contact card if the number matches the one entered in the HubSpot file.

If there is no match with the contacts, the call will be referenced in the “Calls” menu without being assigned. You have the possibility to create a new contact card with the phone number filled in and the call activity in an automated way thanks to HubSpot workflows.

Please wait while you are redirected to the right page...